Fed: ″Restrictive interest rates to be impelemented until 2025″

The main question regarding the September FOMC meeting is whether the interest rates will be increased by 100 basis points or 75 basis points. 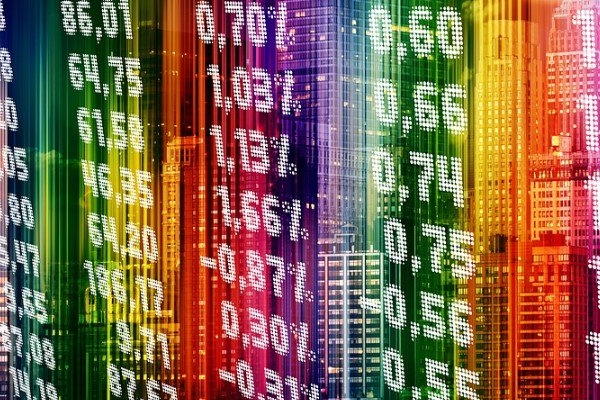 The main question regarding the September FOMC meeting is whether the interest rates will be increased by 100 basis points or 75 basis points. While this is the most frequently asked question, the question will be how long the Fed will continue to adapt to unusually tight conditions, ie levels above the neutral interest rate. While the risks in the global economy and the long-term restrictive effects of monetary policy highlight the concerns about the Fed's overdoing, the developments since the last FOMC on inflation assumptions show that the concern of becoming "structural" will dominate. The base expectation is that the Fed will increase interest rates by 75 basis points to the range of 3-3,25%.

Many changes have occurred since the Summary of Economic Forecasts (SEP) released at the June FOMC meeting. Despite the decrease in gasoline prices, inflation is still very high and the increase in core inflation continues, revealing that the US is dealing with the real stickiness problem. While Europe's inflation is explained by energy and Japan is trying to establish a habit of inflation, the US's confrontation with solidified demand inflation, plus more signs that wages and prices are feeding each other in tight labor market conditions, may lead to longer adaptation of restrictive interest rates. The updated SEP may contain some indications that the FOMC's efforts to rein in inflation will harm growth-related indicators, particularly employment.

The first sub-technical detail will be about the maximum interest rate the Fed is expected to reach next year. Since the last FOMC meeting, we have seen developments such as strong wage growth, short-term inflation expectations subject to pass-through through wages, a tight labor market that has not cooled yet, and broader-based price increases. All these sub-details reveal the problematics of inflation, so the Fed may need to reveal more than it did in June. The dot chart will show a higher terminal rate (current market pricing indicates 4.4%) in 2023, possibly up to the range of 4 – 4.5% (compared to 3.8% in the June SEP). If such an adjustment is made, a higher trajectory of close to 4% (compared to the previous 3.4%) can be predicted for 2024 as well.

The second sub-technical detail will be about neutral interest rate. At this meeting, the Fed will publish its economic projections for 2025 for the first time. The funding rate expectation after 2024, which is referred to as "long term" in the June FOMC, is 2.5% (assuming all economic indicators are in balance). Therefore, the Fed is adapting tighter financial conditions above these rates than usual. Since it is not likely that the interest rates, which will be over 4% in 2023 and close to 4% in 2024, will not be reduced very rapidly in 2025, it will be expected that the points of this period will point to the band above 3%. It shows that if policy makers continue to see the neutral rate as 2.5% for the long term, these restrictive rates will also be valid for the period up to 2025. In other words, even if the Fed cuts interest rates, it can continue to implement tight monetary policy.

In terms of inflation projections, there may be minor upward revisions for the headline and core PCE for 2022, and larger upward revisions for 2023 and 2024. Core PCE inflation outlook will likely be above 3% in 2023 and close to that in 2024. We expect the Fed's inflation to return to its 2% target in 2025. If restrictive monetary policy is to be implemented, unemployment rates will also be expected to be revised upwards. These rates were projected to be 3.7% for 2022, 3.9% for 2023 and 4.1% for 2024 over the forecast horizon. Given that recent Fed research estimated the non-inflationary unemployment rate at 5-6%, there could be an upward revision in long-term unemployment of over 4%, potentially even up to 4.5%. If the FOMC revises its long-term unemployment forecasts, it will likely revise potential GDP growth as well.

The main fact that we will pay attention to in Powell's speech, and what the Fed should pay attention to in policy progress, is the committee's determination to keep rates higher for a longer period of time and the bitter prescription effect of lowering inflation on the economy. Powell referenced this in one of his last speeches. Probably, although he will theoretically do so in the future, he will not give a reference such as reducing the pace of rate hikes in the future due to changing and worse-than-expected conditions. Instead, November may choose to send a message to the FOMC that every option is on the table.

In summary, the overarching theme of the new economic forecasts will be: Let's also be prepared for higher unemployment as further rate hikes and a longer period of restrictive rates will be required before inflation is brought under control. Does this really have to happen, or if there is a policy mistake in another direction in 2022 after the missed 2021, only time will tell. As the global outlook weakens and the housing sector loses its strength, the fact that higher interest rates will of course further damage the current outlook will be the most important side effect of this policy. In other words, if the sectoral crises deepen, the Fed's determination to increase interest rates will be put to a serious test.